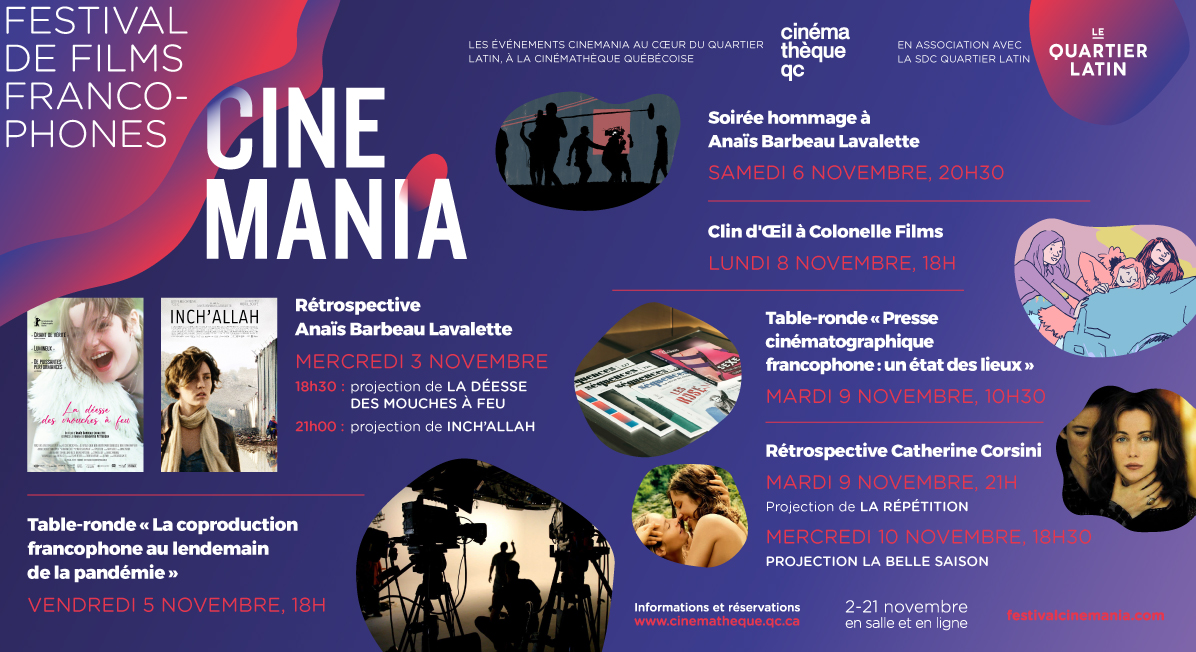 how to get there

The Cinemania Film Festival will be held from November 2 to 14 in a hybrid format allowing spectators to have access, both in theatres and via an online platform, to a large catalog of French-language films (features, shorts, documentaries). Exclusive events, retrospectives and tributes to great figures of Quebec cinema will be held at the Cinémathèque québécoise, an institution located in the heart of the Quartier Latin.

Here are the details of the activities at the Cinémathèque from November 2 to 14:

Saturday, November 6th
8:30 pm Tribute to Anaïs Barbeau Lavalette (free admission)
-> screening of a documentary on the director, produced by CINEMANIA, followed by a Q&A with Anaïs Barbeau-Lavalette

Monday November 8th
6pm Clin d’Œil at Colonelle Films (free admission)
-> screening of a documentary on COLONELLE FILMS, a company of women producers, followed by a discussion with them

Tuesday, November 9 4:30 pm
Conference on “education to the image

Time of the event 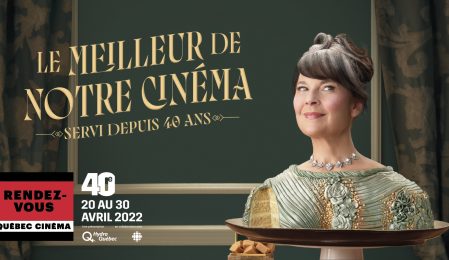 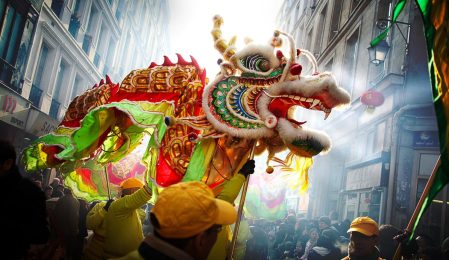 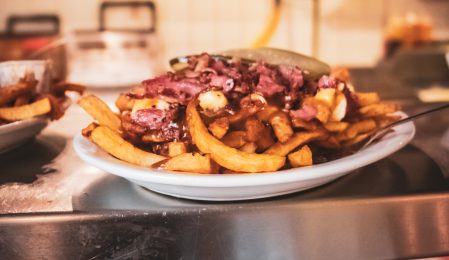 Don’t miss anything from the Quartier Latin

Thank you to our partners: